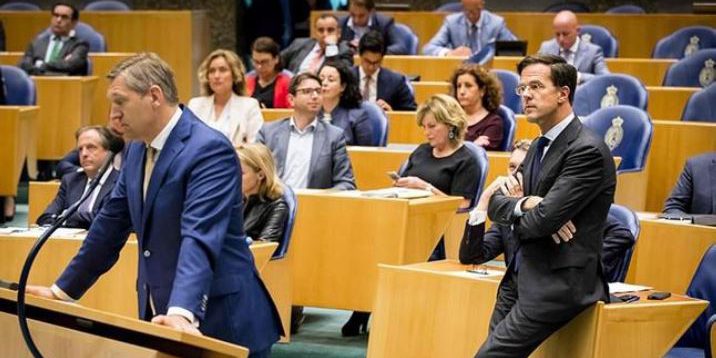 Brexit has already brought 730 jobs to the Netherlands, economic affairs minister Henk Kamp has told the Volkskrant. Thirteen companies are moving to the Netherlands or expanding in the country thanks to Britain’s decision to trigger departure from the EU, he said. He claimed that they were not actively wooed but had signaled their move to his department.

They were interested in a ‘long-term’ location within the EU. But, he reportedly added: ‘We are reluctant to actively recruit companies. That is benefiting from the misery of someone who is a good partner to us.’ However, his department has developed a guide for companies interesting in relocating here.

He added that the much-debated Dutch limits on bonuses, to 20% of salary, limit its appeal. Last week, Dutch MPs voted on a motion to scrap this cap which, although not binding, makes it increasingly likely to be on the agenda for the next government.

Four parties have now begun discussions to form a new cabinet, after a protracted period of attempting to find a possible majority government. These are the Liberal VVD, Christian democratic CDA, liberal democratic D66 and the small ChristenUnie Christian party.

According to De Telegraaf, the ‘difficult questions’ on the table include working with Europe, immigration, climate change and questions of ethics and medicine such as assisted suicide.