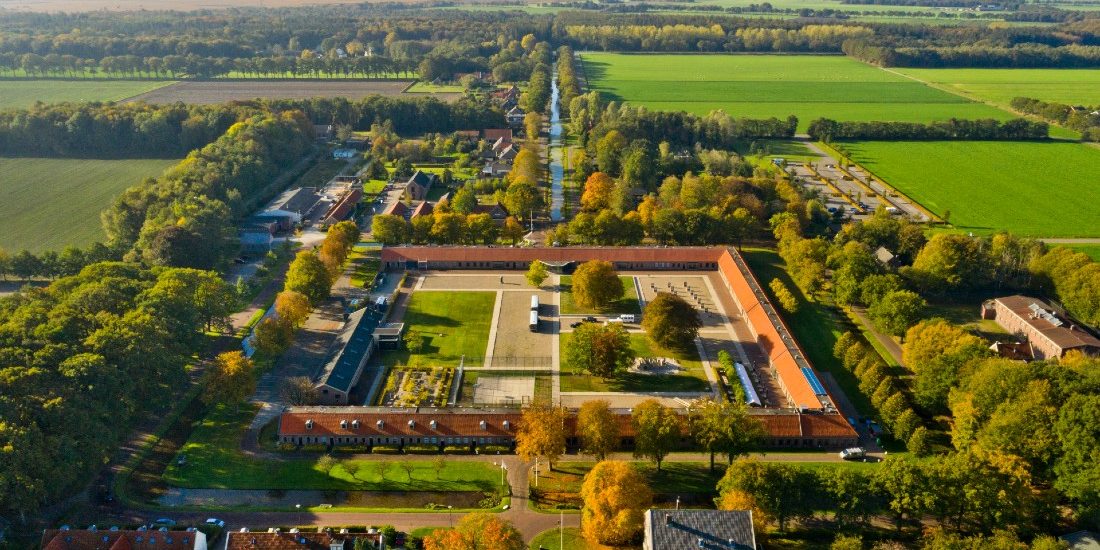 The Netherlands was already home to 10 UNESCO World Heritage Sites, with a further six locations featured on the country’s tentative list.

Every nation that has ratified UNESCO’s “Convention Concerning the Protection of the World Cultural and Natural Heritage” treaty can establish its own tentative list of potential sites that they feel is worthy of the honour of UNESCO World Heritage status. A site can only be granted this status if it is first featured on a country’s tentative list.

This week, for the first time since 2014, the Netherlands saw three spots granted World Heritage status by the World Heritage Committee in Fuzhou, China: the Koloniën van Weldadigheid, the Nieuwe Hollandse WaterlinieII, and the Lower Germanic Limes. These 200-year-old settlements in Frederiksoord, Wilhelminaoord and Veenhuizen were established in the 19th century in an attempt to combat poverty among the Dutch population. Families were provided with a piece of land to farm and some cattle, and all children were forced to go to school and receive a proper education. The initiative was revolutionary, and while they weren’t particularly successful, the colonies are widely regarded as the beginning of the Dutch welfare state.

A bid to recognise the colonies as a World Heritage Site was first submitted in 2018, but was rejected as UNESCO found that three of the colonies had been modernised too much over the centuries to receive the label. The colonies of Willemsoord, Ommerschans and the Flemish Merksplas were therefore left out of the 2021 bid. The New Dutch Water Line was established in the 17th century, and is a series of defences designed to protect and fortify towns and cities located in low-lying areas of the Netherlands. It is an extension of the Stelling van Amsterdam (Defense Line of Amsterdam), which was granted World Heritage Status in 1996.

The New Dutch Water Line protected the western regions of the Netherlands from enemies by flooding large areas of land. It is made up of 96 forts, a hundred military locks, dikes, and canals, and runs 220 kilometres through four provinces. The ruins of the Lower Germanic Limes – which mark the borders of the Roman Empire – are the oldest new addition to the Dutch UNESCO World Heritage list. The 2000-year-old Limes were designed to protect the Roman Empire against northern Germanic tribes way back in the first century, and the 400-kilometre border runs along the Rhine river, from Cologne, through Nijmegen and Utrecht, to Katwijk.

Around 20 fortresses and a number of watchtowers were built in the Netherlands, and various points along the Limes can be seen in several Dutch cities and towns. Other Roman Empire Frontiers in the United Kingdom and Germany were already included on the UNESCO World Heritage List, and the 2021 committee said the site in the Netherlands demonstrated how innovative the Roman military was and how they managed the water-rich Dutch landscape.

While the status won’t provide any of these historical sites with direct funding, being labelled as a UNESCO World Heritage Site should lead to an increased number of visitors at the various sites.

Ingrid van Engelshoven, the Dutch Minister of Culture, was overjoyed by the news. “The placement of three Dutch icons on the World Heritage List is a special appreciation for these areas,” she said in a statement. “This is heritage that the Netherlands is proud of. It connects our past with the present. And I’m pleased that by listing, we are ensuring that these areas are preserved and accessible to everyone now and in the future.”